Coach Dan Peck is widely known throughout San Diego as one of the most experienced coaches in town. Dan has been the Head Coach of Pacific Swim since 2000 sending swimmers to the top levels of USA swimming and college. His top swimmers have competed at Junior Nationals, US Open, Senior Nationals and Olympic Trials. In 2017 he was elected as the Senior Chair for the San Diego Local Swimming Committee.  He has been successful in helping kids and teams achieve the highest level of swimming while still holding to his ideals of teaching self reliance. His coaching philosophy is about teaching kids to set and attack goals they want for themselves and tries to show them that they hold their own keys to finding their own success. 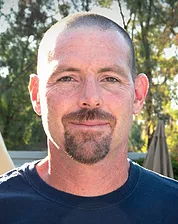 Dan moved around a lot in his youth and grew up swimming in multiple areas. Eventually, he ended up swimming for the UMass Minutemen for 4 years in college, assisting in 3 Atlantic-10 Championships. He personally competed in his first triathlons in high school and completed Ironman California in 2000 where he was one of the top swimmers out of the water. 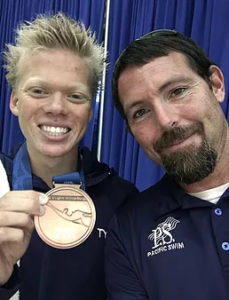 In 1998, Dan founded Swim Smarter and began teaching private lessons to triathletes and adults. During that time, he was a USAT certified triathlon coach and helped swimmers achieve success in Ironman and Olympic level triathlons, Catalina Swim Crossing, Navy Seal test qualification and even aquatic animal trainer qualification. He added a full masters program to Swim Smarter in 2005 and quickly developed National Level Top-10 Swimmers including World Champions. In later years has also coached Poway Swim Masters which included swimmers at all levels of masters swimming as well as some of the top levels of triathlon.​

Until 2018 Dan was the Head Coach of Mt. Carmel High School and led the team to 10 CIF titles in 16 years while also winning 15 League Titles and amassing a record of 173-56. He was the CIF Coach of the Year for 7 years and was the California Swim Coach of the Year in 2011.​​ 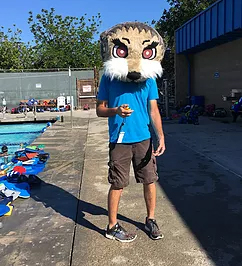 In addition to his work with high school and club he has also coached for the University of California San Diego Tritons from 2000-2005 and contributed to multiple NCAA Champions, Top-4 Team Finishes, and NCAA All Americans. During that time he was also hired as a primary coach for the highly acclaimed UCSD Masters Program where his workouts sometimes topped 70-80 swimmers per workout. In 2003, he also founded the Wind N’ Sea Swim team in La Jolla and set up the team structure for a team that is still going strong today. Between the club teams, high school teams, college and masters, Dan has coached every level of the sport with success.

Dan is a Poway resident and is thrilled to be able to work in the community as a swim coach and parent. His wife is a teacher at Rancho Bernardo, he volunteers at Midland Elementary school and enjoys being a dad to his two daughters.